Hi Antoine. Thank you for taking the time for this interview. Can you introduce yourself and tell us a little bit about what you do?
I am Antoine Poulard, a French videographer based in London, more specifically in Camden. I am based at The Studio Workspace which is in the heart of Camden. Camden is a really creative and vibrant place to be in London with lots of caffès and the market. I used to go there often when in London as a  tourist, but now prefer to see another part of Camden.

How was it to start as a freelance videographer in London?
I have been living in London for just more than a year. It has been great. Coming to a city like London and starting as a freelance videographer was a bit complicated. At the beginning I was a waiter, cleaner, builder, I think I have done pretty much most of the jobs imaginable since I didn’t know anyone. I did not know how to make money as a videographer. I came to London straight after graduating from University.


What did you study?
I took what in France is called a fundamental course, a two years degree after the A-Levels in the subject of Multimedia. The course involved communication but also web design and video. After the end of the two years, students choose their major and I chose video. I graduated with a bachelor's degree in communication with a focus on cinema and TV.

What has been your biggest success so far?
London at the beginning was pretty hard because it can be an expensive city. My biggest success so far has been to be able to afford a flat in London on my own without help from anyone. Meanwhile, I keep improving my skills and meeting new people. Keep doing stuff, keep working, keep believing in yourself. I think all those are successes.
I am not sure I did succeed yet. I am still in the process.

When you arrived in London is what you are doing now what you had planned?
When I arrived I was a bit more naive. I only wanted to do really creative work, cinema or music videos. I then realized that it doesn’t pay my bills.
For example, I really like rap music but it can be a difficult business. You never know if you are going to get paid or not. The corporate world, however, provided me with work at good rates. You can be creative in the corporate world as well and it has helped me to improve my skills. I was able to quit my other jobs and go freelance. Using my camera on a daily basis was great practice and I was being paid for it. 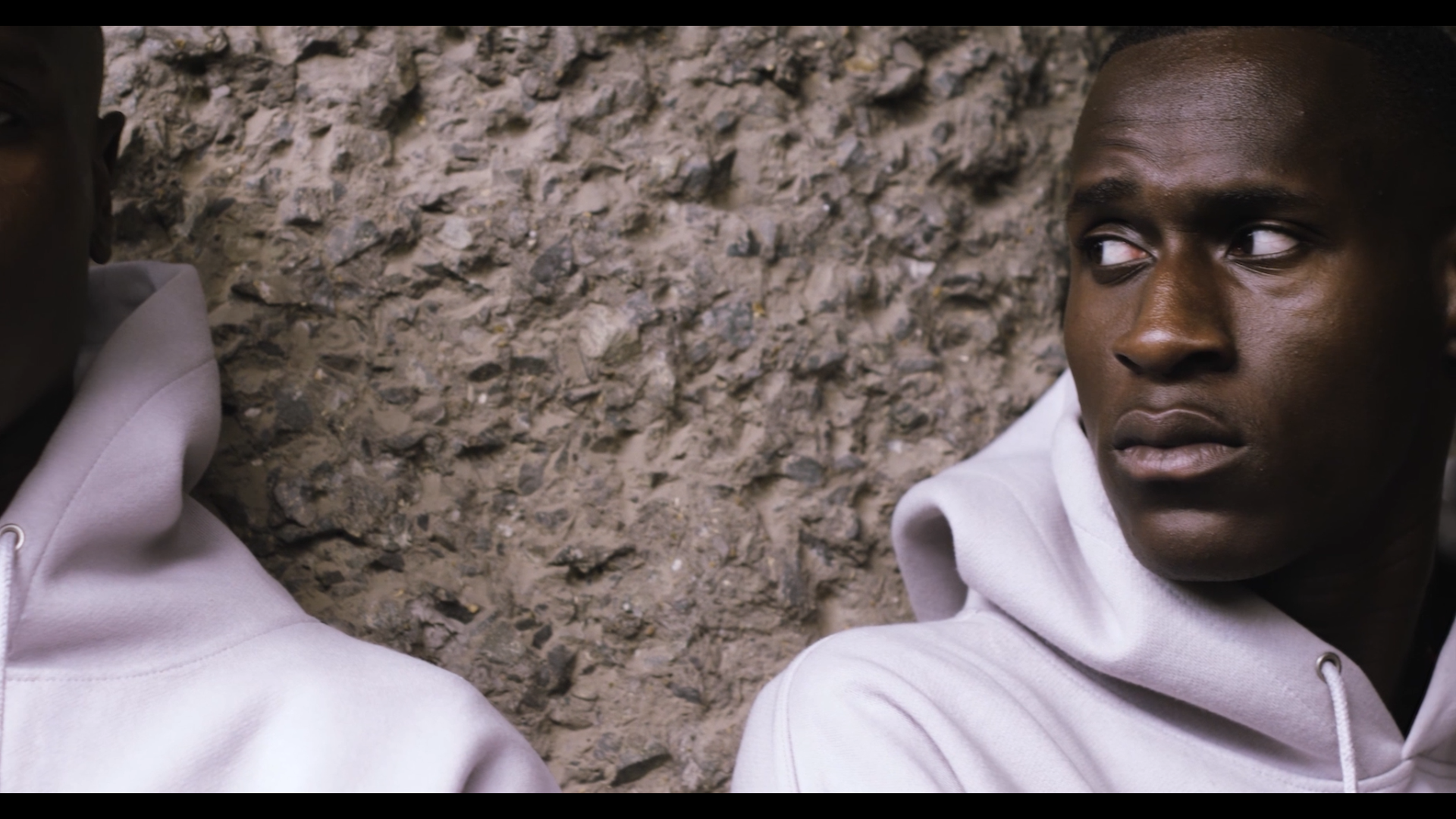 Did you learn from other people?
I contacted a YouTuber I was a fan of and I asked if I could assist him. This was the coolest thing I did so far. He took me on a shoot I would never have been able to go to on my own. I learned a lot from him. Since then I feel like I have grown from being his apprentice to being close to the same level.
I feel like he has saved me two years of my life with all the skills and advice he has given me. Having a mentor can be important. He advised me on how to avoid the mistakes he made, like buying the wrong lenses or the wrong camera.
You cannot know what you do not know. You need someone to tell you those things.


Do you rent or use your own camera?
I have always had my own camera. I mostly shoot with DSLR because it is affordable and the quality is getting very close to cinema quality. I find it cool that everyone can make a movie with £200. My gear is more expensive than that but you can do the same with £200 worth of gear. Twenty years ago this was not possible you would have needed £30k just to buy the film stock.

How did you start building your network?
I guess by drinking beers. This is literally how I met Eric, the managing director of The Studio Workspace at an FSB Networking event. Eric invited me to check out The Studio Workspace and this is how I came to Camden. This happened one of the first times that I was networking. You need to be lucky or provoke your luck.
I am not a big fan of networking because I find it difficult to talk to people I don’t know. Usually, half of the people at networking events are very shy and don’t know what to do and the other half is really confident and wants to sell you something.
The Studio Workspace has helped me in many ways. Working from home is not always ideal. Having an office space to go to, helped me because it forces you to get out of the flat, to do stuff and meet people. Seeing all the people working motivates you as well.

How was 2019 for you?
I discovered that I like working for the Fashion industry because it allows me a lot of creativity on good budgets. Fashion can be a good place for people that want to do video. It is not close to impossible to get into like cinema, it is cool and creative while also paying your bills.

What do you expect from 2020?
I would like to work more creatively, more in fashion. I also want to either film or direct a short film. My goal is to enter the festival circuit. Starting with a short film and then maybe a half an hour documentary. For now, I feel like I have time to do a feature.

For 2020 I look forward to using my new camera. I also want to take the time to focus a little bit less on the business part of my life and a bit more on the social aspects. I feel like the business of London can draw you into business mode and make you forget about all the rest.

What advice can you give to those starting their career?
I was in a hurry when I started but learned that it all takes time. You need to take your time and don’t burn the steps. You learn through the journey and the process of achieving what you want to do. I found out that it is impossible to learn what you want to do in life in one year. I thought I would do that but it was silly. Maybe people are more mature than I don’t need this advise because they realize it themselves. I didn’t.

I believe you don’t need to network like crazy and have hundreds of people on your list. This might work for other businesses but not for me. In my opinion, you just need one good client that leads you to another and another.
Don’t take me wrong it takes time. I went to Switzerland last week with  a person I met a year ago. For a full year, we have just been in touch casually while he has been in places like Mongolia doing amazing shoots. He called me on Sunday night to be in Switzerland on Monday for a shoot on Tuesday. Sometimes a lead can take you a year to become a client. You need to be patient but find ways to pay the bills in the meantime.

Talking about money, how do you make sure you get paid?
I rely on my gut and sometimes I ask for an advance. But, for example, for the shoot in Switzerland,  all my expenses were covered and I didn’t feel like I needed to do that.
So far I have never been ripped off. Sometimes when you work for corporations or public organisations you only get paid three months after the work is completed.
This can be annoying because when I stopped my other jobs to do only video there was a two-three months gap where I did not earn any money at all. And then I was so rich for a couple of weeks. But this is the life you choose if you want to go freelance. Sometimes you are going to eat caviar and sometimes you are going to eat white rice.
Also, I was introduced to the Indian in Camden where you get a full meal for £2.50. I did Indian for lunch and plain rice for dinner for a few weeks.

What is the most difficult part about going freelance?
Finding clients is always difficult. I am still struggling and don’t feel 100% secure. Some months I can make £3k and some months I make £300 or even less. December and January were dead. It was the same last year. I have shoots planned for March and May and in April I am going to travel to Cameroon. I might film a documentary while there.

How did you get started?
When it was at Uni I was asked to participate in a web series project. I was still unsure of what I wanted to do. I was considering to work in the communication part of the industry. My job for the series would be to do the communication and market the series.
When the project needed an actor available and committed to the series success, I was the only one not doing camera, sound, directing, etc.
I started in front of the camera and was enjoying it, but what I was enjoying, even more, was the filming part of it. I felt I wanted to be behind the camera. I did all the b-roll to create the atmosphere for the series and got great feedback about the work. I realised I might be good at it. Which is when I stopped doing acting, chose video as my major and started to work behind the camera.

I think that thanks to the Internet and to YouTube I learned and became good. Uni made me realize that I had to learn the practical elements of videography for myself. I did projects outside of Uni and we often travelled somewhere to shoot. In this group of four five friends, we motivated each other and they are all working videographers now.

Thank you for your time, Antoine. All the best 10 apps and tools to help creative freelancers grow their business Turning The Studio into a film set. Going all inclusive. Taking the hassle out off renting office space